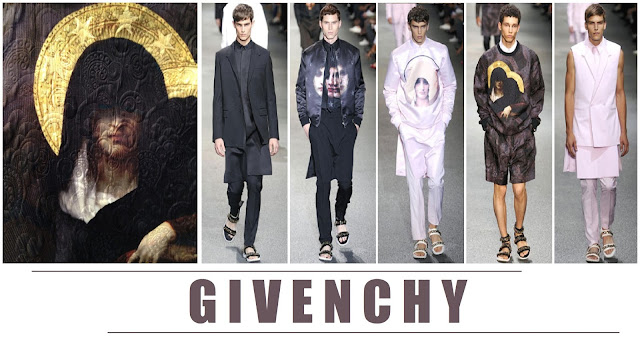 Well, religion may not be the first thing that comes to mind when you speak of Fashion, but that doesn't mean it is not there! Driven by symbols and characters of Christianity, several fashion designers proved that Religion is actually apart from a moral belief, a source of inspiration for artists who desire to be innovators and serve the avant guard aesthetic at the fullest. Givenchy's Riccardo Tisci, a Catholic raised designer created one of my most favorite collections ever, with Madonna and Jesus depicted on each of the garments. Tassos Sofroniou, creative director and owner of Conquistador Menswear, sealed the brands character with a signature piece  inspired by monks, while Rick Owens and Gareth Pugh, known for their dark eccentric and extravagant taste also use symbols such as crosses and prepare shows that remind us of a pagan ritual. Master in the fields of "Religion goes Fashion", is the one and only Jean Paul Gaultier, whose epicness resulted in a s/s 2007 collection that was beyond godlike. Stefano Pilati, ex-creative director of YSL, introduced hats inspired by nuns in 2010's fall show in Paris. Accessory designers have also been front-runners with collections, such as this of Alex and Chloe, that symbols are pieces of fine jewelery. Last but not least Donatella Versace and her love for velvet and crosses gave us an excellent collection to shop this fall, something that Lady Gaga truly appreciated as seen in her music video named "Judas", as it is quite well known that she has a love for symbols and we love her for that!! There are so many more examples out there and more to come, but I am really sure that where lays history and culture lays inspiration, and oh boy, we adore to be inspired!!
Yours,
Leonidas Villano                                                                                                 (check images below) 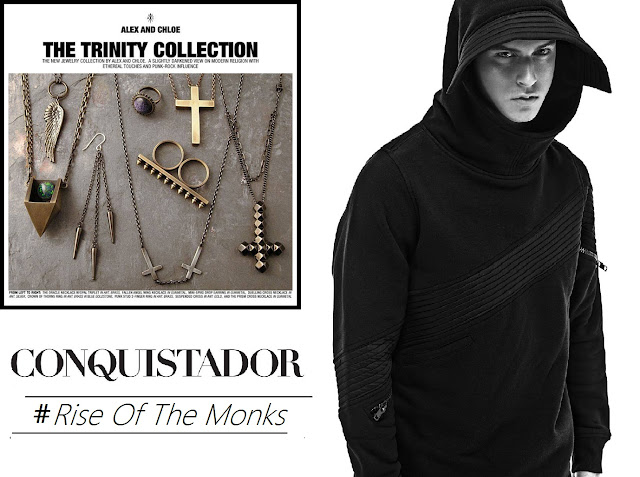