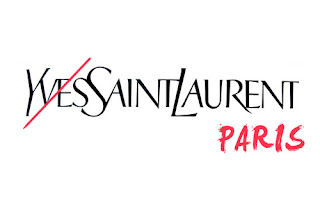 Difficult indeed for me to write an article like this one. The reason why is simple.Me myself don't wanna accept that one of the most legendary fashion houses is falling to pieces. I'll start by saying this. We all have seen at least once the label YSL somewhere, whether it was cosmetics or the press or even a garment. Most of us know that YSL stands for Yves Saint Laurent, and those who know that do not need further explanation on how amazing that house of fashion is, or at least, was. Alber Elbaz came after Yves for no more than three collections, then it was Hedi Slimane who re-introduced YSL Rive Gauche Homme, a pour Homme line that he was both creativly and designingly in charge of, until 2 years later, in 1999, when he decided to leave the house and leave Lagerfeld crying on his own. (Lagerfeld's favorite menswear brand was YSL after the creative direction of Heidi. He was also the reason why Lagerfeld loss weight, so that he could fit into Slimane's clothes). And here comes Tom Ford. The the trendseter who managed to change the brands profile by introducing a more sexy side of the YSL woman, setting the level high , at least for 3 years when things started getting bit crazy. Saint-Laurent being charged with drug abuse, alcoholism and miss-design closed the YSL house of fashion once and for all. So we thought. Gucci group , the owner of the YSL buisness managed to preserve the brand and its name until Stefano's Pilati arrival in 2004. Stefano reintroduced the french style woman, with more classic designs that promoted the french culture that so many women on earth love. The brand was going well but there was no buzz around it anymore, since Pilati was doing things the silent way. Nice designs but that's all there is. No kaboom. And here comes the replacement of the latter with a persona of the past. Retired / tired , Hedi Slimane. And the boom actually was there. Though it was a press-only boom and nothing more, as assigning a retired menswear designer a womenswear thing, especially for a brand like the YSL  ,brings a million questions in the form of posts! We all waited for the Paris fashion week, and when the first images came out, what I saw was far from expected. If there was a tittle in what I saw, it would be : Copy paste. Or maybe: Uninspired. From a styling perspective it was great indeed. But the designing was so poor that caused me pain. And then came this.
"Hedi Slimane is changing "Yves Saint Laurent" brand name to "Saint Laurent Paris". What Gucci Group preserved back in 2002 Hedi managed to destroy in less than a month, offering nothing but a bad collection and a worse rename. All that cause so many reactions that I could not read each and every one of them. Hedi acting like a child started replying and things got messy, and then Lady Gaga stood by him for she thought it was bullying what was happening. Many say that any kind of publicity is good publicity, even the bad one. I say that this only works for google services. In fashion bad publicity is just bad publicity. Let's hope that Saint Laurent Paris or whatever the name is , acts like a Phoenix once more. Dies soon, resurrects later.