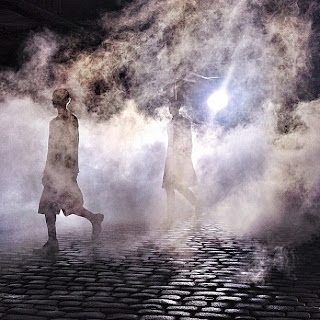 There has always been something unique about the McQueen shows. Maybe it's the allure Lee managed to create during his reign around his beloved maison, or the fact that Sarah Burton somehow exhales "Alexander" at a surreal extent that brings us chills every single time a McQ show begins. This time the show was held near King's Cross station in a very British / creepy driven corner, and with a single nod you could see the new premises of Central Saint Martins, the school were Lee was given a scholarship and was later on discovered by the legendary Isabella Blow. Staying true to the theatrical essence, smoke filled the wet pave walk and the show begun, unfolding the life of the #Homme McQueen. A storyline that begins with white color, the color of purity and the color in which Christians get baptised. The dirt of our childhood's games comes second followed by the flowers of our ravaging youth. And the Edwardian brocades mark our adulthood. The solemnity with which we lead our lives, growing mature to finally meet death in formal suits of mourning deep blue. That's the story Sarah Burton created with an amazing collection that was both emotional and fashion forward, making a statement about pieces of the past that can always be reborn in a futuristic way through the eyes and hands of an artist. 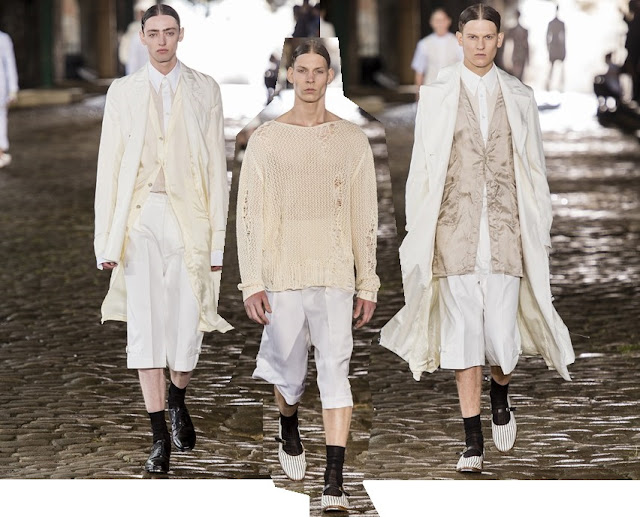 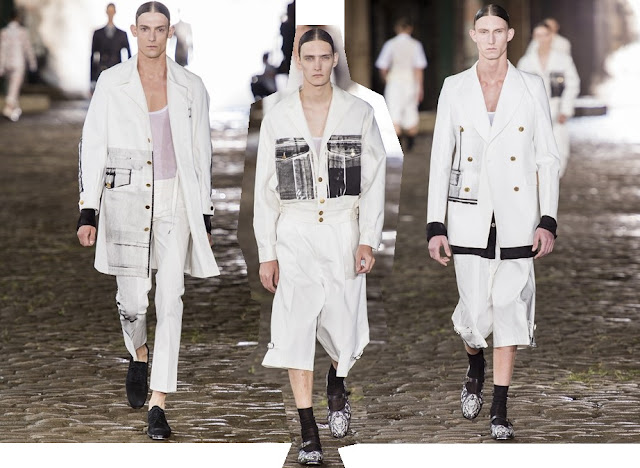 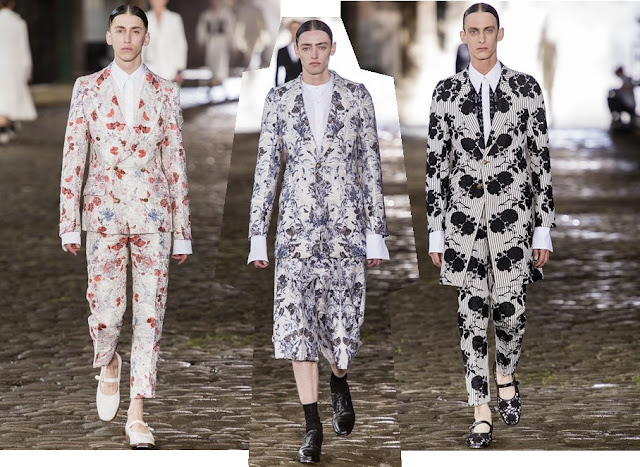 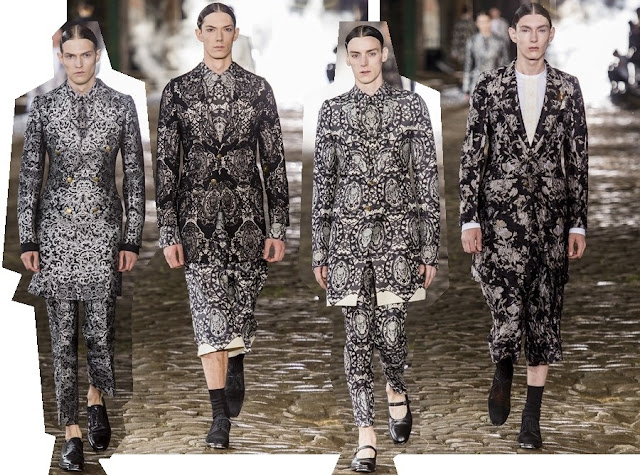 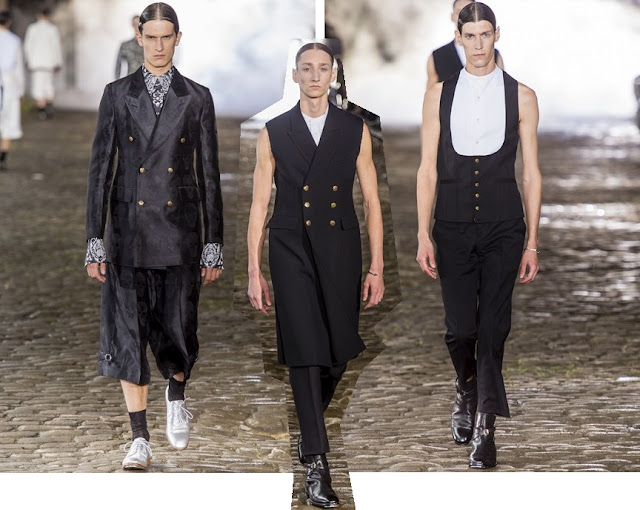