The fashion Gypsies of Riccardo Tisci.

Riccardo Tisci is maybe the most talented designer I have     lived to know. The authenticity, innovation and level of aesthetic he has cannot be described by any of the adverbs I possess in my vocabulary. So I'll skip-pass the part where I freak out and act like a full on groupie and speak the news. For fall/winter 2013-14 Givenchy presented some of the coolest designs we've seen in PFW, and the campaign had to be just as cool and fashion forward. So instead of going the mainstream way, that we are so used to / bored by, Tisci decided to keep the "family" theme of Givenchy's fall 2013 campaign (in which he chose Mariacarla Boscono and her newborn baby), but this time he went for something even bolder. Carine Roitfeld along with her daughter Julian Restoin Roitfeld, were asked to pose for Mert Alas and Marcus Piggot. And because stylists style thyself that's what Tisci asked Roitfeld to do, and thankfully she did, not only for herself and daughter but for the whole campaign instead. But Vogue Paris's legendary ex-editor-in-chief was not the only one asked to pose. Amanda Seyfrid, who also happens to be the new face of Givenchy's "Very Irresistable" perfume, looked straight to the camera of the talented photographic duo and captivated every one's attention. (personal note: that sweater I'm telling you, I'd cut my fringe to get!). Next one to pose was the actor Quim Gutierrez, and to keep the modeling tradition straight models Mariano Ostanon and Dalianah Arekion were also recruited.

As Tisci told WWD he wanted this to feel "Gypsy" in a way, adding that the friends he chose are real Gypsies in their everyday life, never staying in one place but traveling the world all the time, instead.
Yours,
Leonidas Villano 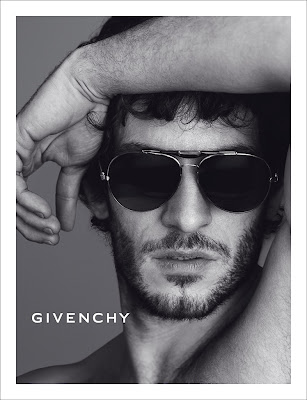 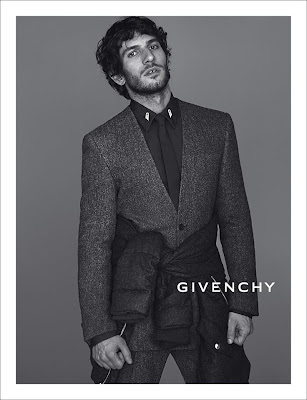